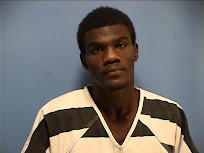 The St. Tammany Parish Sheriff’s Office arrested a Slidell-area man Friday (August 14, 2020), accusing him of robbing a man at gunpoint.

The victim told deputies he went to an acquaintance’s residence in the 1000 block of Sun Valley Lane in Slidell to retrieve money he believed was owed to him. While at the residence, he told deputies, that acquaintance, Malike Batiste (19) pointed a handgun at  him and robbed him. He said Batiste also struck him once with the weapon.

STPSO detectives arrested Batiste Friday afternoon and booked him into the St. Tammany Parish Jail for one count of Armed Robbery.