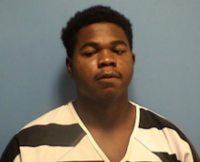 On August 20, 2020, at approximately 8:30 P.M., the Covington Police Department responded to a report of a shooting that occurred at the intersection of W. 33rd Avenue and N. Buchanan Street in Covington. It was discovered that one victim sustained multiple gunshot wounds and was transported to a local hospital for treatment, where he is expected to survive.

An investigation by the CPD’s Criminal Investigation Division and Criminal Patrol Division, Anthony Ford, Jr. (21) was determined to be a suspect. Ford was arrested the next day (August 21, 2020) on the charge of Attempted First Degree Murder.