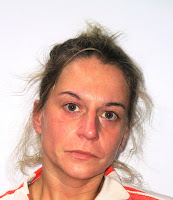 While being admitted to the Washington Parish Jail, Johnson was searched by a female corrections deputy who discovered a quantity of illegal drugs hidden in a seam of her sports bra. The illegal drugs were turned over to Corrections Sgt. Barry Cooper who obtained a warrant for Johnson’s arrest on the new charges.

Johnson remains in the Washington Parish Jail charged with driving while intoxicated, possession of illegal drugs, possession of drug paraphernalia and introduction of contraband into the jail. Bond has been set at $5000.

Johnson has several previous stays in the Washington Parish Jail beginning with an arrest in 2010 for issuing worthless checks. Other arrests since that time were for theft, forgery, being a fugitive from another jurisdiction, failure to appear in court, distribution of illegal drugs, possession of stolen property, criminal damage to property, simple escape, probation violation and a previous introduction of contraband into the jail in 2011.

“Many thanks to observant corrections deputies Dillon and Cooper who discovered and processed the illegal drugs,” stated Sheriff Randy Seal. “A criminal mindset is always looking for ways to beat the system. In this case, it didn’t work out for Ms. Johnson.”
at 7/21/2020 09:17:00 AM