Franklinton Police Chief Gets Email from Freedom From Religion Foundation

Chief Brown commented (in part), "Apparently one of our followers turned us in. That's okay, Judas did that too, we know how that ended for him and we also know who wins in the end. Lions don't lose sleep over the opinions of sheep."

Click "Read More" to view a copy of the email. 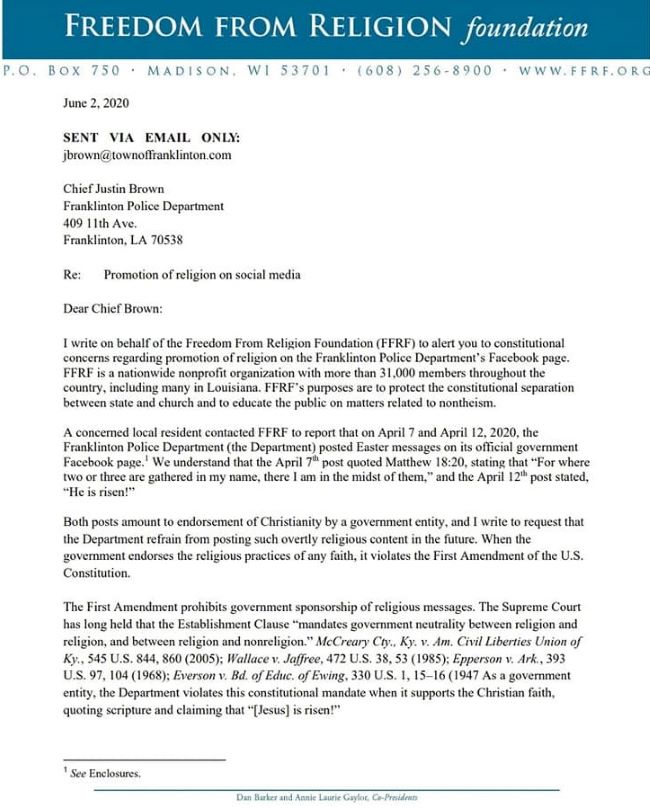 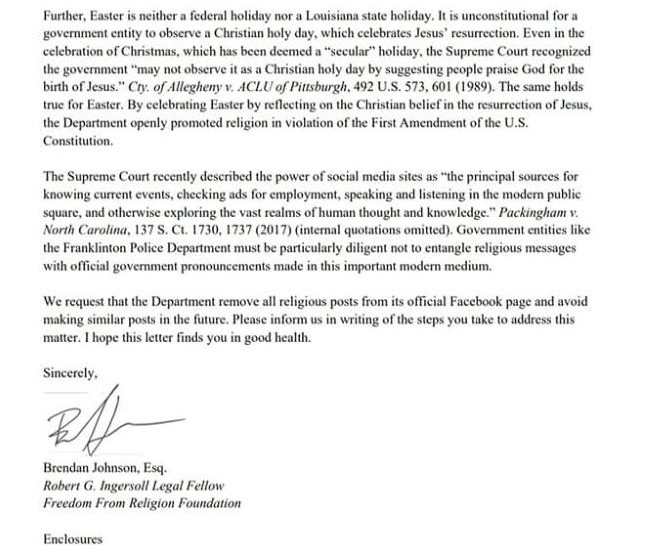