Abita Springs Man Arrested After Attacking A Couple in Their Home

Michael Quave (39), an Abita Springs-area man, is facing attempted murder charges after he 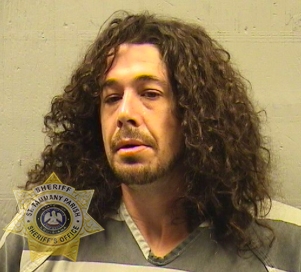 reportedly came into a couple’s home and attacked them with a hatchet and a sickle.

At approximately 5 p.m. Tuesday (April 21, 2020), St. Tammany Parish deputies responded to a residence in the Hillcrest area near Abita Springs in reference to a woman who reported she had been stabbed.

When deputies arrived at the home they located the woman, who was bleeding profusely from several cuts. Using a tourniquet and their training, deputies were able to subdue the bleeding until emergency medical personnel could arrive. The woman was transported to an area hospital to be treated for her injuries.

The woman’s husband had also sustained a small cut to his head. He told deputies Michael Quave came to the home while he was sleeping and had entered the couple’s bedroom armed with a hatchet and a sickle. He said Quave struck him with the sickle before striking his wife numerous times with the hatchet.

Quave was located at his nearby residence. He was taken into custody and booked into the St. Tammany Parish Jail on two counts of Attempted Second-degree Murder and one count of Aggravated Burglary with a Weapon.
at 4/22/2020 05:25:00 PM