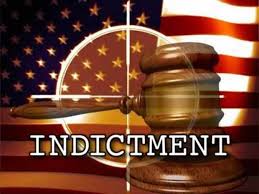 According to court records, Womack conspired to traffic more than 500 grams of methamphetamine in February 2020 and possessed a firearm in furtherance of drug trafficking. If convicted, Womack faces a mandatory minimum term of imprisonment of at least 15 years and up to life, a fine of up to $10,000,000.00, and at least 5 years of supervised release following any term of imprisonment.

After Womack's arrest, McKay threatened a witness in the investigation, in an attempt to influence, delay, or prevent the testimony of that witness. If convicted, McKay faces a term of imprisonment of up to 20 years, a $250,000 fine, and up to 3 years of supervised release following any term of imprisonment.

U.S. Attorney Strasser reiterated that the indictment is merely a charging document and that the defendants’ guilt must be proven beyond a reasonable doubt.