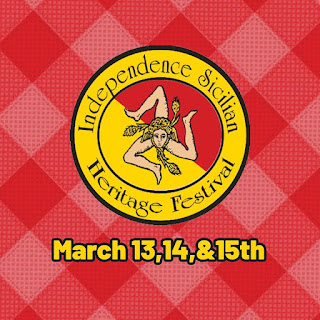 Independence has a large Italian-American community, as do neighboring towns and villages.  Independence has a Sicilian heritage festival every year the second weekend in March. Independence has sometimes been referred to colloquially as Little Italy, and Italian expatriates began settling here as early as the 19th Century.