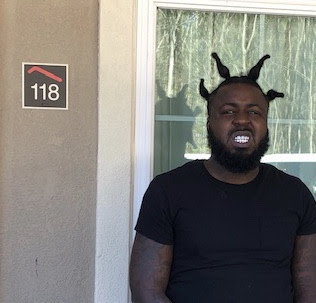 (29), a wanted individual as well as the seizure of over a kilogram “2.2 pounds” of methamphetamine.

Sheriff Edwards reports that TPSO Narcotics were investigating tips and information on Brumfield, who has plagued the Tangipahoa and Livingston Parish border with distributing large quantities of illegal controlled dangerous substances. A search warrant was obtained and executed at the Red Roof Inn room in Hammond where Brumfield was renting. Officers took Brumfield into custody. The search  of the room, and the subsequent search of the vehicle Brumfield was driving, resulted in the location of multiple bottles of Promethezine, a loaded Ruger 9mm handgun, multiple dose units of various prescription pills, multiple ounces of high grade marijuana, a quantity of cocaine, a large amount of United States currency,.and a quantity of methamphetamine.

Brumfield was booked into the TPSO Jail for his failure to appear warrant which had a hold without bond order and has pending federal firearms and narcotics charges.

Mariah Maddox, a female also present in the room, was issued a summons for possession of marijuana and released pending state charges.