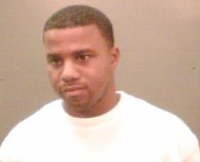 investigating a burglary that took place at Wendy’s located at 1810 Southwest Railroad Avenue.

The suspect forcibly opened a safe and stole approximately $8000. Detectives were able to identify the suspect as Leroy Clyde Johnson, III (33) of Hammond. An arrest warrant has been issued for Johnson for 2 counts of burglary and 2 counts of felony criminal damage to property.

Anyone knowing the whereabouts of Johnson is asked to contact Detective Cody Taylor, with the Hammond Police Department’s Criminal Investigation Division, at 985-277-5756 or by contacting Crime Stoppers of Tangipahoa’s anonymous tip line at 1-800-554-5245. Be part of the solution and you may be eligible for a cash reward.
at 1/17/2020 04:57:00 PM