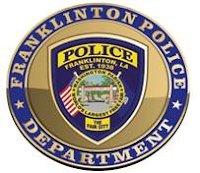 initially reported to them Sunday morning (January 19, 2020) in a call from Riverside Medical Center regarding a gunshot victim.

Responding officers determined the shooting took place in the 1900 block of Desmare Street. Further investigation revealed that the 20 year old victim was shot after approaching a vehicle which had pulled up in front of a residence. At the time of the shooting, several witnesses were present and observed the suspect vehicle fleeing the area at a high rate of speed.  The victim was transported to RMC where treatment was provided before being transferred to another care facility.

Chief Brown advises that investigators have been working around the clock and information leading to arrest(s) will be forthcoming.

“Yet another senseless act of violence perpetrated by a senseless individual; an individual who was aided by other senseless individuals.  We, as a community, must place a higher value on life.  We must not allow the degradation of moral values to consume and overpower those who seek to live in peace with one another.  Our community is better than this and we must continuously demand better.  Participating in, advocating or otherwise turning a blind eye to crime only evokes a furtherance of crime.  Because of this, mothers will weep, families will become enraged and a community will suffer.  The lives of those involved will be forever altered and for what?  We will deliver justice. It will be appropriate, it will be swift and it will be shared amongst those who, at this very moment, fear the impending truth of what is to be their futures.”   - Chief Justin Brown