Abita Springs Man Guilty of Rape of Victim Under 13 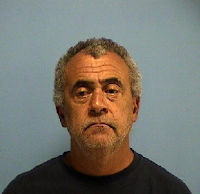 District Attorney Warren Montgomery reports that a St. Tammany Parish jury found Craig Anthony Marquez (57) of Abita Springs guilty of Aggravated Rape of a victim under 13. He faces a mandatory life sentence without the benefit of probation, parole or suspension when he is sentenced March 10, 2020 before District Judge Zaunbrecher. The case was tried by Assistant District Attorneys Angad Ghai and Michael Cochran.

On July 12, 2016, police encountered a visibly distraught man walking down the highway. Through tears, the man told the officers that his girlfriend’s young daughter had the previous night revealed to the couple that she had been sexually assaulted by a family friend, who had been left to care for her while they were at work.

The St Tammany Parish Sheriff’s Office, with particular credit to Officer Megan Sellstrom, conducted an investigation of the complaint. During forensic interviews, the victim reported that Marquez had been sexually abusing her for an extended time.

In his closing argument at the conclusion of the trial, Assistant District Attorney Cochran rebutted the defense attorney’s claim that the victim may have been “coached” or was “confused” about the accusations. Cochran argued that the victim, as young as she was, who “barely had the words to describe what had happened to her,” was able to clearly detail the abuse, including the sound of his footsteps, what he would wear, and the beer on his breath. ADA Ghai reminded the jury what expert witness Dr. Neha Mehta stated: that this young victim showed all the signs of having “first-hand knowledge.”

Ghai reminded the Jury of the last question asked of the defendant during his cross-examination at trial: “Mr. Marquez are you saying the victim…that we just heard testify…is lying?” Marquez responded, “No.” Ghai faced the jury and said, “Ladies and Gentleman of the jury, that’s as close to a confession as you’re ever gonna get”.
at 1/14/2020 05:23:00 PM