Shortly before 6:00 p.m. yesterday (December 29, 2019), Slidell Police were called to the intersection 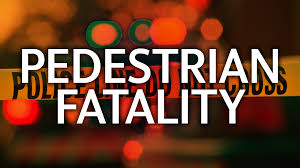 of Highway 190W and Maris Stella Street in reference to an accident involving a pedestrian who was struck by a vehicle.

The preliminary investigation indicates that 68-year-old, Vincent Mancuso of Pearl River was traveling east on Highway 190W in his 2016 Ford F-150. It is believed that an unidentified black male was attempting to cross the highway near the intersection of Maris Stella Street. The male was struck by the Ford F-150, and later succumbed to his injuries sustained during the crash.