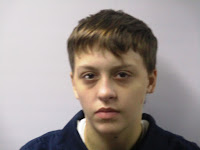 Knight reportedly went to banks in St. Tammany Parish, attempting to cash stolen forged checks on a Bogalusa business, and stated she was an employee of the business; however, a telephone call from the banks to the business owner confirmed that she was not employed there.

The Washington Parish Sheriff’s Office detective division was called in on the matter and was able to identify Knight as the person who was attempting to cash the forged stolen checks. She was located and taken into custody and charged with attempted bank fraud and two counts of forgery.

Sheriff Randy Seal cautions all business owners to make certain their checks are secure. “The only thing a thief has on his or her mind is to take what is yours,” the Sheriff said. “Don’t give them an opportunity. Carefully guard what is yours and call us anytime you feel that you are a victim.”