Here are the unofficial results of the October 12, 2019 election from the Louisiana Secretary of State. 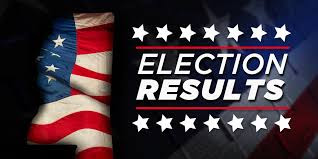