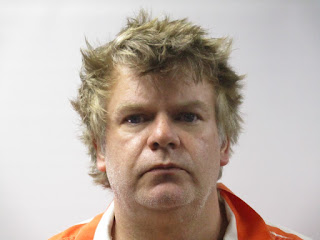 deputy Chad Cassard responded to a report of a vehicle stuck in a ditch on South Columbia Street in Bogalusa. Deputy Cassard observed a black Camaro, with the driver inside, stuck in a ditch. The driver was unsuccessfully attempting to drive the vehicle out of the ditch and ignored orders from Deputy Cassard to cease what he was doing and exit the vehicle so a wrecker could be called to the scene. Instead, the driver continued his futile efforts to “spin” the vehicle out of the ditch. After the deputy reached into the car, turned off the ignition and removed the keys, the driver finally got out.

Mizell was arrested and transported to the Washington Parish Jail early Tuesday morning (October 22, 2019) charged with possession of heroin, possession of illegal drugs, contempt of court and careless operation of a motor vehicle with accident. His bond was set at $5,250 and he was released later in the day after posting bond.

Sheriff Randy Seal commented. “Deputy Cassard stepped up to the plate on this one and was able to remove heroin and other drugs out of our community. I commend him for a job well done.”