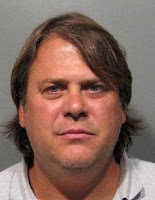 District Attorney Warren Montgomery reports that a St. Tammany Parish Jury convicted Lenard “Andy” Turpin (52) of Slidell last Thursday (August 1, 2019) of Attempted Indecent Behavior with a Juvenile under 13, Possession of a Schedule II Controlled Dangerous Substance, and two counts of Distribution of Methamphetamine to Persons Under the Age of 18. Turpin faces up to 12½ years for Indecent Behavior, up to two years for the Possession charge, and 10 to 30 years for Distribution when he is sentenced September 9, 2019 by District Judge Scott Gardner.

On June 1, 2017, Turpin picked up multiple juveniles, almost all under the age of 13, under the pretense that they would be attending his son’s birthday party at his home. When the teens arrived to Turpin’s home in Slidell, they found that no birthday party was underway, and Turpin’s son was not even home. Turpin began indulging and providing alcohol and marijuana to the underage children while making lewd and inappropriate comments to the girls.

Turpin then brought two of the juveniles upstairs, where he coerced them to smoke methamphetamine and attempted to get them to perform sexual acts on each other. Later, Turpin also groped and touched one of the girls while making sexual comments about her body. Turpin then brought the same victim upstairs and had her smoke meth with him.

The victims were eventually picked up by one of their grandparents and soon afterwards, their parents and police were notified. One of the juveniles was taken to the hospital, where she tested positive for meth. On June 2, 2017, St. Tammany Parish Sheriff’s deputies conducted a search at Turpin’s residence, and found meth in his nightstand. Turpin was then arrested.

On the first day of trial Tuesday (July 30), Assistant District Attorneys Casey Dieck and Luke Lancaster laid the foundation of their case, explaining the manipulative methods that Turpin used to coerce the families of the victims to allow Turpin to take them to his home.

“This is a case of ‘A Tale of Two Turpins,’ who Mr. Turpin wants you to think he is, and who he actually is,” Dieck began in her opening statement. Through the course of the trial, prosecutors provided testimony from both witnesses and victims about the sexual conduct of Turpin, as well as physical evidence of the tools used to smoke the methamphetamine.

“Mr. Turpin is a predator, and we can’t allow that,” Lancaster said in closing. “We can believe his ridiculous version of events, or we can believe these girls, whose story hasn’t changed in these last two years.”

After more than four hours of deliberation, the jury returned its guilty verdicts.