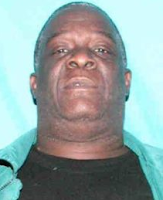 Mangrum was found guilty of committing sexual battery on a 5-year-old girl in 2016. The defendant removed all the child’s clothes and then touched her inappropriately. The Bogalusa Police Department investigated the case with assistance from the Texas Department of Family and Protective Services, Children’s Advocacy Center in Belton, Texas, and McLane Children’s Hospital in Temple, Texas.