Robert E. Myers (51) of Picayune, Mississippi is facing serious charges after he dragged a Slidell 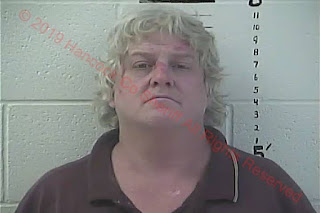 Police officer with his vehicle and attempted to run over another officer, after shoplifting from Walmart.

Yesterday afternoon (Tuesday, June 18, 2019), Slidell Police were called to Walmart at 39142 Natchez Drive about a shoplifting in progress. Myers fled from the store but officers located him in the parking lot. Two officers approached Myers' truck and asked him to step out and speak with them. Myers refused and attempted to leave. One officer, trying to stop Myers, was dragged for a short distance through the Walmart parking lot. Myers aggressively accelerated through the Walmart parking lot and attempted to run over another officer, who was able to maneuver out of the path of Myers’ truck.

Other officers responding to the scene spotted Myers on Gause Boulevard as he was attempting to get onto I-10. Slidell Police officers chased Myers into Mississippi, where he ultimately lost control of his truck on Highway 607. After the crash, Myers was taken into custody. Myers told Slidell Police officers that he didn’t think they could chase him into a different state. Myers was sadly mistaken.

Mississippi Highway Patrol, who assisted Slidell Police during the pursuit, booked Myers into the Hancock County Jail for: Driving with a Suspended License, Reckless Driving, and No Insurance. Once Myers satisfies those charges, he will be extradited back to Louisiana where he will face charges of Theft (3rd Offense – Felony), Aggravated Flight from an Officer, Aggravated Battery of a Police Officer, Aggravated Assault with a Motor Vehicle upon a Peace Officer, No Insurance, and Driving with a Suspended License.

Myers suffered minor injuries during the crash. No Slidell Police officer was injured during the incident.