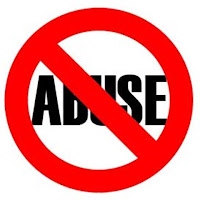 At the plea hearing, the defendants, who were married at the time of the offense, admitted that, between August 13, 2015, and June 30, 2016, in Amite, Louisiana, they conspired with each other and with other members of their family to obtain D.P.’s uncompensated household labor and services through a number of means, including by force, threats of force, and physical restraint.  Both defendants admitted that they forced D.P. to live in a locked backyard cage and to perform housework and yard work in exchange for food and water. The defendants admitted that they and their co-conspirators subjected D.P. to routine physical abuse, threats, and verbal and psychological abuse designed to ensure her continued compliance with the family’s orders. As examples of this abuse, the defendants admitted that Raylaine Knope once forced D.P. to eat D.P.’s deceased mother’s ashes, and Terry J. Knope II, intentionally burned D.P. with a cigarette lighter while another family member held D.P. in place so she could not escape. Raylaine Knope also admitted that she used this overarching abuse to obtain D.P.’s forced labor, and that she helped Terry J. Knope II, steal D.P.’s monthly federal disability benefits. Terry Knope further admitted that, because of D.P.’s disability, he forced D.P. to live in the locked backyard cage and shot her with a B.B. gun at close range, and that he also helped others produce methamphetamine on his property.

“The Knopes’ conspired to brutally coerce a vulnerable victim with disabilities to work long hours in despicable conditions with no monetary compensation,” said Assistant Attorney General Eric Dreiband of the Civil Rights Division. “The Department of Justice continues to combat human trafficking by forced labor and today’s guilty plea reflects our commitment to seeking justice for these vulnerable victims.”

“Today's guilty pleas highlight that the U.S. Attorney's Office will continue to work with the FBI and local law enforcement partners to pursue human traffickers and to seek justice on behalf of vulnerable victims," said U.S. Attorney Peter G. Strasser of the Eastern District of Louisiana.

“The defendants’ actions were heinous, despicable, and in-human. As a disabled person, the victim depended on her family to care for her but instead, they abused and mistreated someone who was unable to defend themselves,” said Special Agent in Charge Eric J. Rommal for the FBI New Orleans Field Office. “I am confident the courts will show them the proper sentence they deserve however, I am certain the victim will never out live these horrific memories."

Both defendants will be sentenced on Aug. 22 and face a maximum sentence of 28 years in prison.