Today (April 18, 2019), Daniel H. Edwards announced his candidacy for re-election as Sheriff of 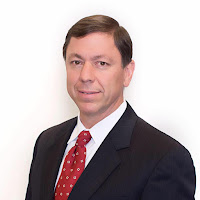 "I would like to take this opportunity to announce my candidacy for re-election for Sheriff of Tangipahoa Parish. Serving as your Sheriff for the last 15 years has sometimes been challenging, yet it has always been one of the most humbling and rewarding experiences of my life.

While our Sheriff’s Department is one of the least funded in the state (per capita tax received), under my administration we have made huge strides as a department. From providing significant pay raises, implementing advanced records management and CAD systems, installing laptop computers in all patrol cars, having currently the newest and best maintained fleet of vehicles in the department’s history, to providing up to date training for both sworn and civilian employees, to seeing a reduction in crime across ALL categories reported in the Uniform Crime Reports last year, we are building a Sheriff’s Department you can all be proud of.

As your Sheriff, I have started the Young Marines program for our youth, expanded the DARE program to include 2 certified DARE instructors, started the Mounted Division which trains weekly in search and rescue as well as continued the Reserve Division which supports our law enforcement with thousands of hours of time annually by trained volunteers.

Recognizing the surge in the opioid epidemic, I have provided all of my enforcement personnel with
Narcan which can be administered nasally to anyone suffering an opioid overdose in an attempt to save a life and we have successfully done so on several occasions. Additionally, TPSO launched Operation Angel in February of 2019 by partnering with all municipal police departments and agreeing that any person of age who admits that they have an alcohol or drug addiction and that they want help can contact TPSO or a local PD and they will be transported to a facility for in patient treatment free of charge. This is made possible by The Mission who operates and funds this program. It is quite significant for us to stand together and proclaim that addiction is a disease and not a crime.

I strongly believe our department continues to head in the right direction, but there are a few goals that I want to try and accomplish before I leave office after the next term. I want to resolve the jail funding issue with Parish Government, to increase the number of patrol deputies, to purchase and use body cameras for enforcement personnel, and to increase pay to competitive levels for surrounding areas.

I have been fortunate to have your overwhelming support since the day I announced my intention to be your Sheriff in 2003, and I again ask for your vote and support this year as well."