Death of 17 YOA Inmate at Amite Jail Being Investigated 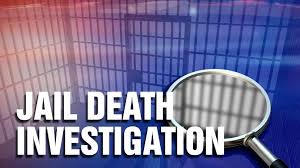 inmate Charles Williams at the parish jail. At this time, no signs of foul play are suspected. Jail staff was alerted that Williams was having difficulty breathing at approximately 8:46 a.m. this morning (March 5, 2019. Jail staff and the on-duty nurse provided aid and administered CPR until first responders arrived and assisted to no avail.

Preliminary investigation revealed no signs of trauma and no signs of foul play are suspected. Williams disclosed a history of asthma and was recently transported from the jail to the hospital for treatment for an allergic reaction and was released back to the care and custody of the jail.

Williams was being held on four counts of attempted second degree murder by the Hammond Police Department since his arrest on January 29, 2019.

The Jefferson Parish Coroner's Office will conduct the autopsy in this matter to determine the exact cause of death.