Robert Scott Tageant, age 38 and a resident of Mobile, AL died Saturday December 8, 2018 after an 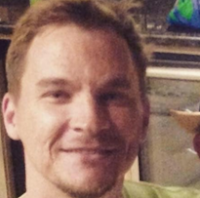 automobile accident. He was born December 19, 1979 in Bogalusa. Robert graduated from Parklane Academy in McComb, MS in 1997 and later received a Bachelor’s Degree in Psychology from the University of South Alabama. Robert worked as a counselor on the Crisis Team of AltaPointe Health Systems. He loved going to the beach and staying physically fit by exercising and working out. In his spare time, Robert also enjoyed playing his favorite video games.

He was preceded in death by his grandparents Oveid and Frances Pope and Robert Joseph and Jewel Tageant.

Visitation will be from 10:00 am until 2:00 pm Wednesday December 12th at First Baptist Church of Franklinton (950 Self Street, Franklinton, LA 70438). A funeral service will be held in the church at 2:00 pm Wednesday with Rev. Jim Richardson officiating. Burial will follow in Ellis Cemetery.