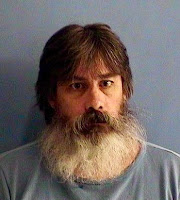 On Thursday (August 16, 2018), Troopers with the Louisiana State Police Special Victims Unit (SVU) along with FBI Agents arrested Benjamin Bell (52) of Slidell and charged him with 500 counts of Pornography involving juveniles.

The case began in July of 2017 when the FBI New Orleans Field Office and LSP Detectives were conducting online investigations into those who possess/distribute images of child pornography. Investigators observed files indicative of child pornography that were traced to an address in Slidell. In October of 2017 Investigators executed a search warrant on a residence in Slidell, and several electronic devices were seized as a result. The devices, which belonged to Bell, were forensically examined and numerous digital images containing child pornography were found.