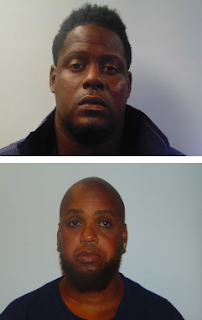 Recently, a construction company reported the theft of a dump truck and Bobcat skid steer from a construction site in New Orleans and traced it to trace it to a rural area of Washington Parish due to a GPS tracking device installed on the equipment.

All available officers responded to the scene along with a canine tracking team from Rayburn Correctional Center. The canines quickly located the fleeing subject, identified as Zarius Jawone Brown (31), a resident of Williams Street in Franklinton.

Brown was booked into the Washington Parish Jail on the charges of attempted first degree murder, aggravated assault with a vehicle on an officer, resisting arrest, possession of stolen property, criminal damage and two counts of failure to honor a written promise. Bond was set at $234,000.

Detectives returned to the GPS identified location of the stolen Bobcat skid steer and recovered it along with a second skid steer which also had been stolen out of New Orleans. At that time, Lindsey Daniels (45), a resident of Jenkins Road north of Franklinton, was arrested and charged with two counts of stolen property. Bond was set at $5,000.

“The owner of the stolen equipment was wise to install the GPS tracking device,” stated Sheriff Randy Seal. “The thieves obviously were unaware of the implanted device and likely felt the stolen items could be concealed in rural Washington Parish and not be discovered. They were wrong. Our detectives did an excellent job apprehending Brown and Daniels and recovering the stolen items. I am so grateful that none of our officers were injured when Brown rammed their vehicle and I am grateful to Warden Tanner and his staff from Rayburn Correctional Center for their valuable assistance.”