Fugitive in Slidell Charges Officers With Knife – Not Smart 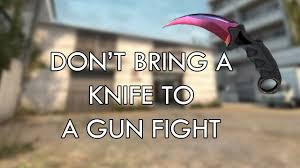 On Thursday July 19, 2018, Troopers from the Louisiana State Police Bureau of Investigation
responded to an address on Reine Avenue in Slidell to investigate a Trooper involved shooting.

The preliminary investigation by the Louisiana State Police Bureau of Investigation revealed that, on July 19, 2018 at approximately 2:08 PM, Officers assigned to the United States Marshals Fugitive Taskforce responded to an address on Reine Avenue in Slidell to serve a federal arrest warrant. Officers had information that, 22-year-old Devon Deshon Thomas of Broken Arrow Oklahoma, was inside the residence. Thomas had multiple federal arrest warrants for armed robbery.

As Taskforce Officers approached the residence, Thomas exited and charged Officers with a large knife. As Thomas charged, a Trooper assigned to the Taskforce fired his weapon. Thomas was then taken into custody without further incident. Thomas was not struck by gunfire however; he was transported to Slidell Memorial Hospital where he was treated for minor injuries.

Thomas will be booked into the St. Tammany Parish Jail as a federal fugitive with additional state charges pending the ongoing investigation.