Slidell Police are asking the public for help in locating a custom tricycle, which was stolen from a 12-year-old girl with special needs. The Amtryke (brand) tricycle, which was built specifically to the 12-year-old girl’s body dimensions, was red in color and had a small license plate with the name “Adara” adhered to the back of it. The value of the tricycle is estimated to be over $2,000.


Early Sunday morning (July 16), the victim’s father was preparing to take his family camping when he discovered someone had stolen his daughter’s custom tricycle from a storage unit, located at 1373 West Lindberg Drive. The tricycle was secured to the back of a trailer, and covered with a grey and silver tarp, which was also stolen.

Slidell Police are asking anyone with information to call 985-646-6181, or contact Crimestoppers at 504-822-1111. You can remain anonymous and may be eligible for a cash reward. 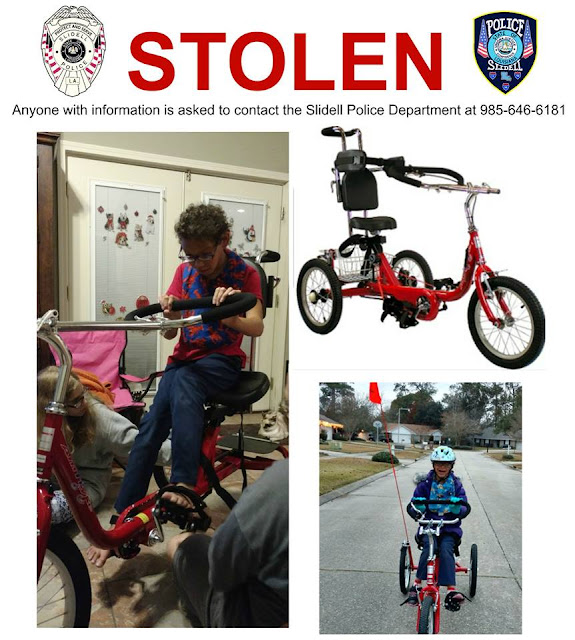