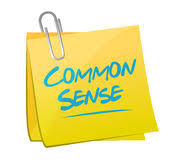 District Attorney Warren Montgomery is praising state lawmakers for honoring his request that they amend the state’s criminal code to deny bail to defendants who have been convicted of serious sex offenses that are also crimes of violence.
The amendment was sponsored by Louisiana Senator Sharon Hewitt (District 1), approved by both legislative bodies, and recently signed into law by Gov. John Bel Edwards as Act 484.
“After conviction of any crime punishable by imprisonment for twenty-five years or more that is both a sex offense and a crime of violence, there shall be a rebuttable presumption that the release of the person convicted will pose a danger to another person or the community and that there is a substantial risk that the person convicted might flee,” the amendment says.
Last year, Montgomery directed his staff to draft proposed legislation when two of his Assistant District Attorneys secured a conviction of a child predator after a weeklong jury trial, and the defendant was allowed to remain out on bond for nearly two months until his sentencing. The defendant had proven ties to other states and two other countries, and he was facing 25 to 99 years in prison.