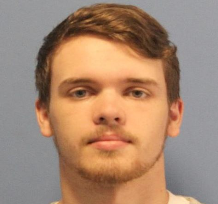 District Attorney Warren Montgomery reported today (January 17, 2023) that on January 12, 2023 a St. Tammany Parish grand jury indicted John Steven May, age 19 and of Mandeville, for First-Degree Rape of a Victim Under the Age 13 and Sexual Battery of a Victim Under 13.