Franklinton Man Jailed for Drug and Traffic Offenses in Covington

Jamal Abron, age 28 and of Franklinton, was arrested Tuesday (January 24, 2023) by officers with the Covington Police Department's Criminal Patrol Division.

The officers conducted a traffic stop on a vehicle at the intersection of Louisiana Highway 25 at Branch Crossing Drive for a traffic violation, After the initial stop, officers conducted a probable cause search of Abron’s vehicle which resulted in the discovery of the following items: 2,102.22 grams of marijuana (Approx. 4.64 lbs.), several scales, clear plastic baggies, rolling papers, and approximately $5,500 in cash, believed to be proceeds from drug transactions. 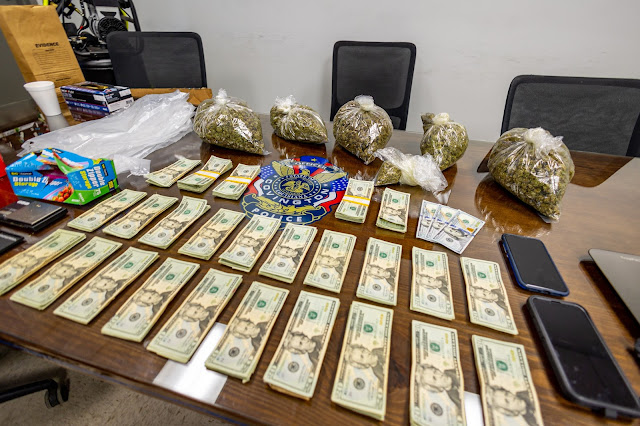 Chief Ferrell: “Let this serve as another reminder to citizens who choose to participate in illegal drug dealing; we will not tolerate this criminal element. We are a proactive department, and it would be wise not to distribute illegal drugs in our city, as you will often get caught.”