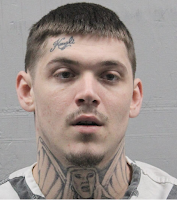 District Attorney Warren Montgomery reports that on December 20, 2022, Brian Joel Young, age 24 and of Mandeville, Louisiana, pled guilty to manslaughter and 2nd degree cruelty to juveniles and was sentenced by District Judge August J. Hand to 75-years in prison.

On April 16th, 2020, St. Tammany Parish Sheriff’s Office responded to a medical emergency involving an unresponsive 5-month-old baby at an apartment complex in Mandeville. The child was taken to Children’s Hospital.

The defendant, the child’s father, stated that he had been watching the baby while the mother was at work. He said that it was an accident; that the baby fell out of a swing. Examination of the baby at Children’s Hospital revealed that the injuries were indicative of child abuse. The Defendant was re-interviewed by police and this time he confessed to striking the baby in the face and shaking him. The baby died on April 19th, 2020.

The 75-year sentence was supported by the child’s mother and other family members in lieu of a trial. They were present in court and the mother, grandfather, and aunt gave impact statements. Assistant District Attorney Jay Adair prosecuted the case. The Saint Tammany Parish Sheriff’s Office investigated the case.