Two in Custody After 2-Hour Stand-Off in Tickfaw 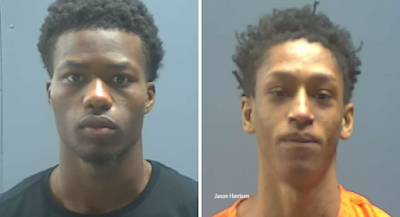 Tangipahoa Parish Sheriff's Office Chief Jimmy Travis reports that just before 7:00 PM on Friday
(December 30, 2022), deputies responded to the Woodlands Apartments on Woodlands Drive in Tickfaw after being notified that 24 year old Kelvin Provost had barricaded himself inside his apartment. Provost was wanted by a bail bondsman for a slew of weapons charges, including being a convicted felon in possession of a firearm. It was later discovered Provost also had a number of outstanding warrants through the Tangipahoa Parish Sheriff's Office as well.

The TPSO Special Response Team was called to the scene and attempted to negotiate with Provost to no avail. A little over two hours later, just after 9:00 PM, Provost agreed to give up and was taken into custody along with a second subject, identified as 18 year old Jason Harrison.

At this time, the investigation is ongoing. The exact charges pending against both subjects will be released at a later time.