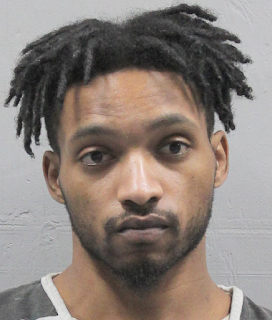 District Attorney Warren Montgomery reports that on December 9, 2022, Jawaun Jaylin Gaines, age 20 and of Slidell, pled and was sentenced by District Judge Alan Zaunbrecher to 10 years in prison for obstruction of justice by tampering with evidence in a murder investigation.

On May 21, 2021, close to midnight, a shooting occurred at a party on Mike Talley Road in Pearl River. This shooting claimed the life of 20-year-old Nicholas Livingston.

Jawaun Gaines removed the murder weapon from the scene and attempted to persuade another witness to testify falsely. Both of those acts constitute obstruction of justice.

At the sentencing hearing, in a packed courtroom, the State, represented by Assistant District Attorney Amanda Gritten, presented the Court with a Motion for Maximum Sentence supported by testimony from the lead detective, a jail call that had been made by the defendant and presented the Court with multiple emails from members of the community advocating for justice for Nick.

Additionally, Nick’s mother, father and step-mother gave compelling “victim impact” statements in Court. Nick’s mother Jolyn said, “You may not have pulled the trigger, but you are no different than your friend who did. Every time your cell door slams shut, may it be a reminder to you of what you were a part of.” After the proceedings concluded, Karen and Jason, the father and step-mother of Nick said on their social media: “We got a small victory today in the pursuit of justice for Nick.”

This murder is still being prosecuted and two more defendants have trials pending, therefore further details on the incident will not be included here.