Pike County MS Sheriff's Office deputies made a traffic stop at the intersection of Magnolia-Holmesville Road and Old Hwy 24, and ended up finding 5 guns, 3 ski masks, 38 grams of marijuana, $760 cash, a T-Mobile portable WIFI router, 1 black toboggan. The 5 suspects were taken into custody, and charged with Felony Possession of a Controlled Substance While in Possession of a Firearm. 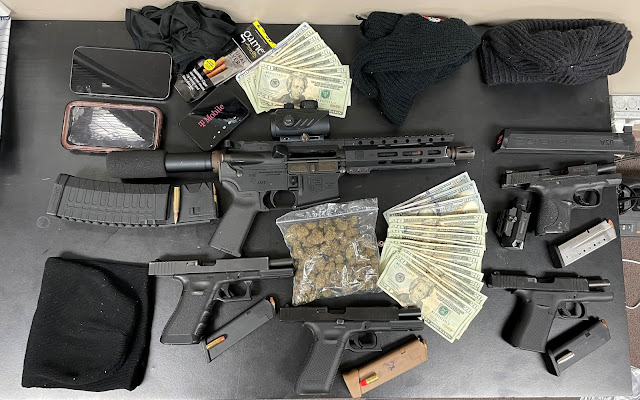 Arrested were Brandon Dean, John Osby, Xavier Pittman, Jaylin Hawthorne, and LeCameron Reynolds. No bond has been set at this time.

Sheriff James Brumfield would like to thank Lt. Mark Thompson and his shift for proactive policing. He said, “As a result of their efforts, we were able to take these weapons off the streets before a more serious crime occurred.”