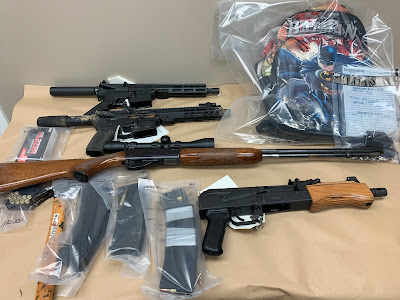 Yesterday (Wednesday, December 21, 2022), the Pike County Mississippi Sheriff's Office responded to a report of an attempted robbery on Summit-Holmesville Road. A local pastor came home to two (2) black males with firearms inside his residence. They attempted to rob the pastor but were unsuccessful and also attempted to steal the pastor's truck but ended up getting stuck.

The pastor ran from the residence to call for help and the suspects began firing at the him. The pastor was unharmed and was able to escape. The suspects then fled on foot into the woods by the residence. Deputies and detectives arrived and attempted to locate the suspects.

Deputies saw a white Ford F-250 pickup that attempted to turn around in the roadway, deputies attempted to stop the truck, and a high-speed chase followed. The chase ended when the truck crashed on Garner Cemetery Road in Walthall County and multiple suspects ran from the truck armed with various firearms. 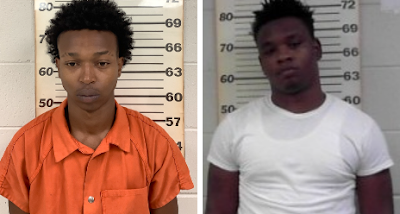 Pike County Sheriff's Office Deputies, Walthall County Sheriff's Office Deputies and the Mississippi Highway Patrol surrounded the area and were able to take two (2) suspects into custody, along with three firearms. Arrested were Lakeviae "Bangman" James and Sedale Payton, both of Tylertown, Mississippi. The other two suspects were able to evade authorities.

The pickup truck had switched licensed plates and had been reported stolen from Hattiesburg, MS. During the investigation, it was determined that both incidents were linked. At this time, some of the suspects have been identified but their names are being withheld because of the ongoing investigation. All suspects are reportedly active members in a non-recognized hybrid street gang called DOA (Dead on Arrival).