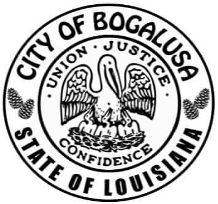 The Bogalusa City Council met Tuesday (November 15, 2022) evening in the newly-renovated courtroom. Much of the hour and a half meeting was devoted to consideration of a new $6 Million garbage contract. The Agenda item was an ordinance authorizing the mayor to accept and sign garbage contract as recommended by the Purchasing Department. See the video beginning at 24:25. Representatives from both companies being considered spoke, as well as Council Members, Mayor Perrette, and residents in attendance. In the end, the Council voted to replace AmWaste with Coastal Environmental Services as of January 1, 2023.

Public Participation began at 1:00:50 into video of the meeting.

Following Administrative Remarks by Mayor Perrette and Council Members, the meeting adjourned. The next Council Meeting will be held Tuesday, December 6, 2022 at 5:30 P.M.