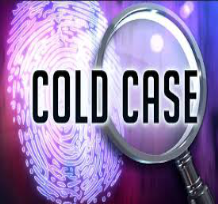 In July 2016, the St. Tammany Parish Sheriff’s Office was notified by a passerby of a badly decomposed body on Highway 90, just east of the intersection of Highway 433. Both of the victim’s arms were dismembered, along with one of his legs (just below the knee). An autopsy determined that the body was that of a male who was approximately 5’10” tall and approximately 65 years of age or older. His death was ruled a homicide with the cause of death being blunt force trauma to the head. Due to the level of decomposition, age and race were unable to be determined at that time.

The St. Tammany Parish Coroner’s Office obtained a DNA profile for investigators, and that information was sent to Parabon NanoLabs, which specializes in DNA phenotyping. A sketch was developed of what the victim may have looked like, and that sketch was disseminated to the media in 2016.

Over the course of the next several years, STPSO detectives investigated several leads to identify the victim, with no positive results.

In April 2019, while conducting a natural death investigation in Mississippi, detectives with the Biloxi Police Department were made aware of a human foot located in a bucket on the property of a recently deceased individual. After DNA connected that foot to DNA on file for the body found in St. Tammany Parish in 2016, detectives with the Biloxi Police Department contacted St. Tammany detectives.

After countless hours of investigation, which included conducting numerous interviews and combing over a large amount evidence, St. Tammany Parish Sheriff’s detectives, thanks to assistance they received from the LSU FACES Lab, the non-profit DNA Doe Project and the Biloxi Police Department, were able to establish a positive identification of their victim.

But what is the rest of the story? Who was Kleanthis Konstantinidis? What led to his death?

STPSO detectives also established Phillip Pointer, who was the deceased individual in Biloxi Police’s 2019 death investigation, as the primary suspect in Konstantinidis’ death.

St. Tammany Parish Sheriff’s detectives are continuing their investigation and are working with their law enforcement partners in Mississippi and the St. Tammany Parish Coroners DNA lab to determine the location of the homicide.

“I applaud our investigators who worked this very complicated case and sought out available resources and technology to identify the victim,” Sheriff Randy Smith said. “I am thankful for the cooperation between our detectives, the St. Tammany Coroner’s Office DNA Lab, the LSU FACES Lab, the DNA Doe Project, Parabon NanoLabs and the Biloxi Police Department. They all played a role in identifying our victim and locating his next of kin.”