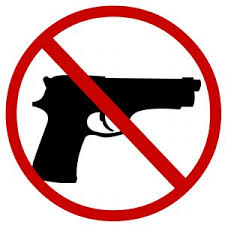 Jakari Brown, a/k/a “Jakari Lemar,” age 24 and a resident of Bogalusa, Louisiana, pled guilty on October 25, 2022, before U.S. District Judge Greg G. Guidry to a superseding bill of information which charged him with two counts of being a felon in possession of a firearm, announced U.S. Attorney Duane A. Evans.

According to court documents, on April 25, 2019, Brown, a convicted felon, possessed an Iberia Firearm (HiPoint) Model JPC, .40 caliber pistol that he used during a shootout near the corner of Hickory and South Columbia Streets in Bogalusa. Brown was again found to be in possession of a gun on December 27, 2021, when police discovered a Smith & Wesson Model SW9VE, 9 millimeter pistol under the driver’s seat in the vehicle Brown was driving.

The maximum punishment Brown faces for each offense is ten years imprisonment, a fine of up to $250,000, up to three years supervised release, and a $100 mandatory special assessment fee.

This case is part of Project Safe Neighborhoods (PSN), a program bringing together all levels of law enforcement and the communities they serve to reduce violent crime and gun violence, and to make our neighborhoods safer for everyone. On May 26, 2021, the Department launched a violent crime reduction strategy strengthening PSN based on these core principles: fostering trust and legitimacy in our communities, supporting community-based organizations that help prevent violence from occurring in the first place, setting focused and strategic enforcement priorities, and measuring the results.

This case was investigated by the Washington Parish Sheriff’s Office and the Federal Bureau of Alcohol, Tobacco, Firearms, and Explosives. The prosecution is being handled by Assistant United States Attorneys J. Benjamin Myers and Maurice Landrieu.