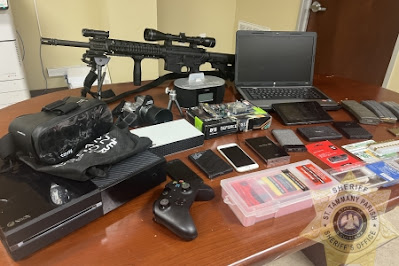 On September 8, STPSO deputies were contacted after a man said an acquaintance stole several items, including an AR-15, a laptop, computer equipment, a camera and an Xbox, from his Abita Springs-area residence. The victim told detectives he allowed Jessica Penton, a woman he had met online, to stay at his residence and when he left for work, she stole more than $4,500 worth of stuff from him.

After a brief investigation, Penton was found to be residing in Magnolia, Miss. With the assistance of the Pike County Sheriff’s Office, Penton was located on September 12, 2022. She was taken into custody following a brief pursuit, which ended when Penton wrecked the white Chevrolet pick-up truck she was driving. 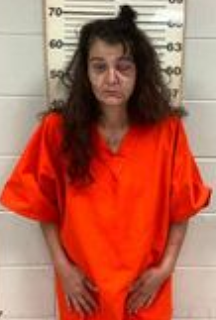 Penton was found to be in possession of a stolen handgun, and the truck had been reported stolen out of Mississippi along with the owner’s handgun, which was still located inside the truck at the time of Penton’s crash.

During a search of the residence where Penton was staying in Magnolia, Miss., deputies recovered the items taken from the victim’s residence in Abita Springs.

Penton was booked on several charges from Pike County and will be subsequently extradited back to St. Tammany Parish to face felony theft charges.

“Unfortunately, there are people out there who like to prey on other individuals,” Sheriff Randy Smith said. “Please be cautious when meeting people online and allowing them into your home.”