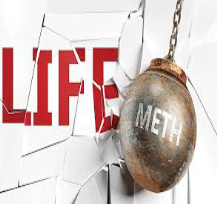 Megan C. Cooper, age 34 and a resident of Highway 1074, was arrested on September 28, 2022 by a detective with the Washington Parish Sheriff’s Office Drug Task Force. While patrolling in the Isabel area on Highway 16, the detective observed an automobile being driven in an erratic manner. He stopped the vehicle and encountered Cooper who subsequently failed a roadside sobriety test. After receiving consent to search Cooper’s car, the detective discovered a quantity of methamphetamine. Two minor children also were in the car and were placed in the custody of their father who arrived on the scene.

Cooper was arrested and transported to the Washington Parish Jail where she was booked on charges of possession of methamphetamine, possession of a controlled dangerous substance in the presence of a juvenile, driving while under suspension and traffic violations. Her bond was set at $7,500.

“Possession of methamphetamine in the presence of children,” stated Sheriff Randy Seal, “is shocking to the conscience of law abiding citizens. It is obvious she has made poor lifestyle choices and now must face the consequences of her irrational decision making.”