Recently downgraded Tropical Storm Danielle is located several hundred miles north-northwest of the Azores and is forecast to remain a large post-tropical cyclone over the north Atlantic for the next several days.

An area of low pressure is located almost a thousand miles west-northwest of the Cabo Verde Islands. Environmental conditions appear only marginally conducive for additional development of this system. A small increase in organization could result in the formation of a short-lived tropical depression or storm later today while it moves westward to west-northwestward at 15 to 20 mph over the central tropical Atlantic.  After that time, upper-level winds are forecast to become less conducive for development. Formation chance through 48 hours...high...70 percent and formation chance through 5 days...high...70 percent. 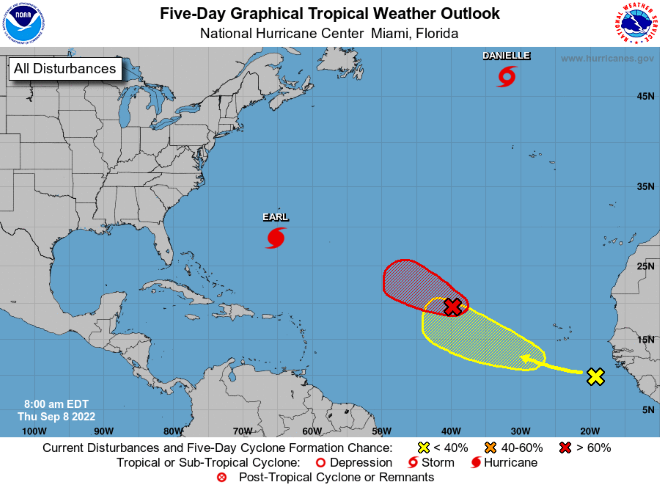