Tropical Storm Earl is expected to cause limited flooding impacts over the Leeward Islands, U.S. and British Virgin Islands, and Puerto Rico today before turning northwest and then north.

Hurricane Danielle has moved little over the last few hours but is expected to move north and then northeastward. There are no coastal watches or warnings in effect.

A tropical wave is located just off the African coast. An area of low pressure could form later this week and subsequent gradual development is possible as this system moves generally west-northwestward over the east-central tropical Atlantic. Formation chance through 48 hours...low...near 0 percent and formation chance through 5 days...low...20 percent. 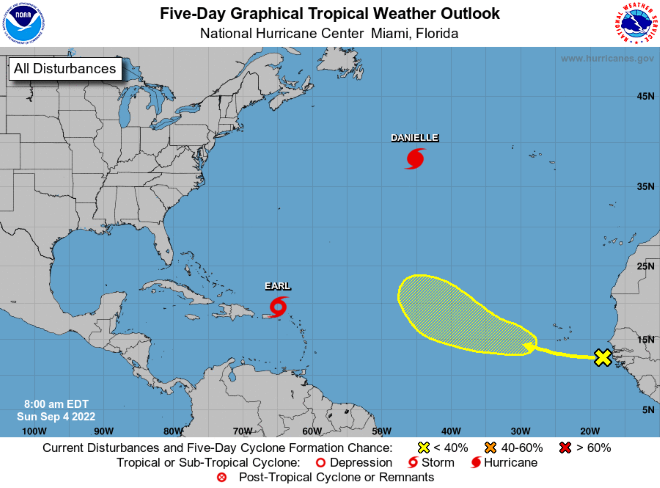