Tropical Storm Fiona is located about 145 miles southeast of St. Croix with maximum sustained winds of 60 MPH moving west at 13 MPH. A Hurricane Watch has been issued for Puerto Rico and the southern coast of the Dominican Republic. Fiona is forecast to strengthen and interests in the Turks and Caicos Islands and the Bahamas should monitor progress of the storm.

A frontal low is located just to the northeast of Bermuda. Development of this system into a tropical cyclone is not expected due to strong upper-level winds.  The low is expected to move slowly east-southeastward and then become nearly stationary over the next day or two. Formation chance through 48 hours...low...near 0 percent and formation chance through 5 days...low...near 0 percent. 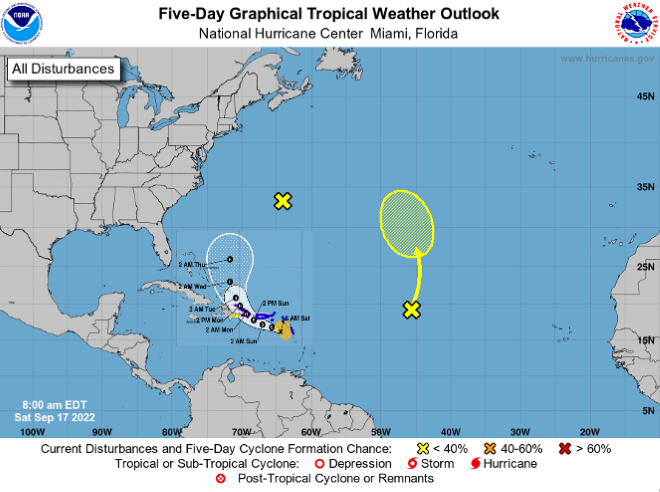