Tropical Storm Fiona is expected to continue moving west across the central and western Atlantic. The center of Fiona should be across the Leeward Islands tonight and near the Virgin Islands and Puerto Rico on Saturday through early Sunday. Some strengthening could occur as it moves insto the eastern Caribbean this weekend.

A frontal low over the western Atlantic Ocean a few hundred miles west-northwest of Bermuda has formed and is expected to move eastward to east-southeastward at 10 to 15 mph, and development into a tropical cyclone is not anticipated due to strong upper-level winds. Formation chance through 48 hours...low...10 percent and formation chance through 5 days...low...10 percent. 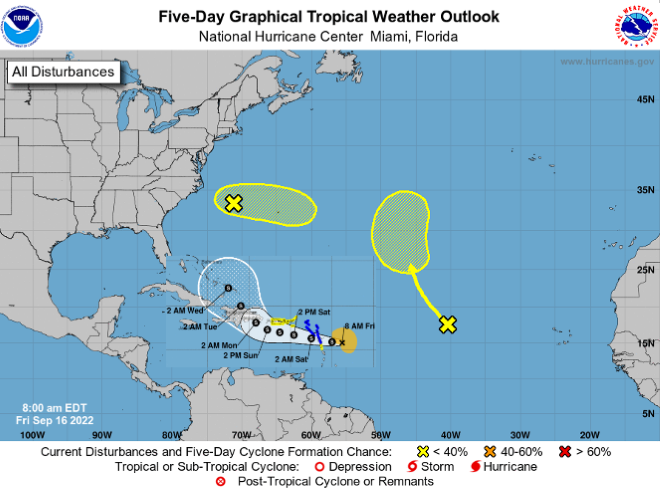