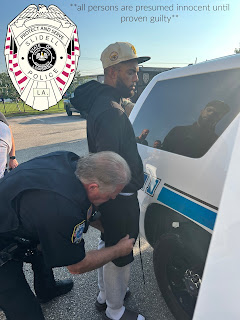 Around 6:00 Am this morning (September 21, 2022), the United States Marshals Fugitive Task Force attempted to serve a warrant at The Lofts apartments on Spartan Drive in Slidell on 27-year-old Tyrin Wiltz of New Orleans for Attempted Second Degree Murder (NOPD), narcotics related charges (NOPD), and a probation warrant (St. Bernard).

While attempting to serve the warrant, Wiltz barricaded himself inside of the apartment, along with his girlfriend and two young children. The Slidell Police S.W.A.T. team was requested and negotiators immediately began to communicate with the suspect. Negotiators were able to convince Wiltz to release his girlfriend and the two young children. Wiltz eventually surrendered peacefully, and was taken into custody. All persons involved were unharmed during the incident.