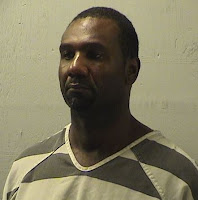 On August 21, 2020, the Slidell Police Department initiated an investigation after a citizen report of sales of methamphetamine out of a Slidell apartment.

Detectives arranged for a confidential informant (hereinafter CI) to purchase narcotics from the apartment on two separate occasions. The CI purchased methamphetamine from the defendant’s brother, his co-defendant, both times. The co-defendant previously pled guilty and is serving 10 years in prison. The co-defendant testified under oath that he and his brother sold narcotics out of the Slidell apartment. He was called as a State’s witness at the defendant’s trial.

In the master bedroom, Detectives recovered a zip lock bag containing MDMA; a black container with heroin residue and a plastic bag with methamphetamine.