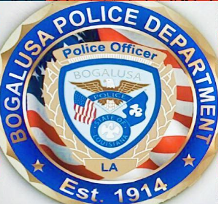 On the morning of August 8, 2021, Typolia Peters, Jr. was gunned down outside of his apartment in the Lumberton Cove (formerly Highland Park) Apartment complex in Bogalusa, Louisiana. The Bogalusa Police Department reports that Detectives had suspects in the case, but witnesses would not cooperate and go on the record identifying the shooter. BPD detectives continued working the case until a cooperating witness was found and a positive identification was made.

Arrest warrants have been obtained for Broderick Chatmon, Jr., a 21 year-old Bogalusa resident who was identified as the shooter. BPD reports that Chatmon was a suspect early in the investigation, but a cooperating witness was needed. Chatmon is currently in jail in Harris County,  Texas on weapons charges. He will eventually be extradited to Bogalusa to face charges of First Degree Murder, Aggravated Criminal Damage to Property, Illegal Use of a Dangerous Weapon, and Possession of a Firearm by a Convicted Felon.

Police are still searching for witnesses to come forward to identify the person(s) who drove Chatmon from the scene of the shooting. BPD thanks the brave citizen who finally came forward with enough information to arrest Chatmon and commend detectives for their tireless efforts to solve this case.

The BPD press release states, “This is a reminder of what happens when citizens work with police to stop the bloodshed in our city. We sincerely hope that this will encourage more citizens to come forward to assist in other unsolved cases that we are actively working. We know other families are still hurting and seeking answers in these cases. And we will never stop seeking justice for them.”