A broad and elongated area of low pressure is located several hundred miles east of the Lesser Antilles. Some gradual development of this system is expected over the next several days and a tropical depression is likely to form later this week. The disturbance is forecast to move slowly toward the west and then west-northwest at 5 to 10 mph, toward the adjacent waters of the northern Leeward Islands. Formation chance through 48 hours...medium...50 percent and formation chance through 5 days...high...80 percent.

A tropical wave accompanied by a broad area of low pressure is located just off the west coast of Africa. Some gradual development is possible, and the system could become a short-lived tropical depression over the far eastern Atlantic during the next few days. By late this week, the disturbance is forecast to move over cooler waters and further development is not expected. Formation chance through 48 hours...low...20 percent and formation chance through 5 days...medium...40 percent. 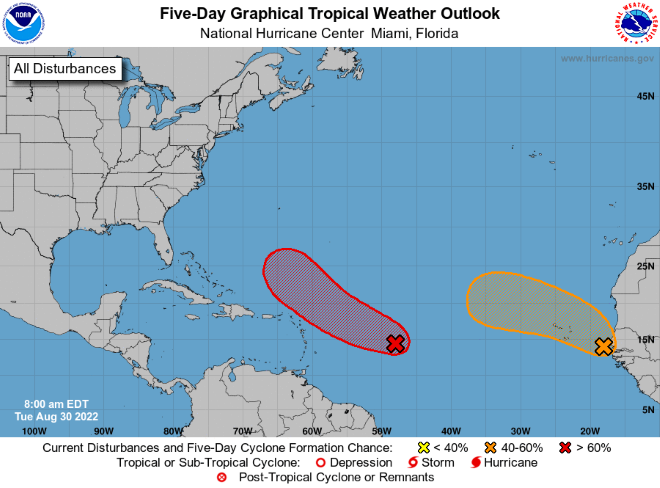