Disturbance 2. Eastern Tropical Atlantic: A tropical wave is located to the west of the Cabo Verde Islands. Environmental conditions could support some gradual development of this system through early next week while it moves westward across the eastern and central tropical Atlantic at 10 to 15 mph. Formation chance through 48 hours...low...10 percent and formation chance through 5 days...low...30 percent. 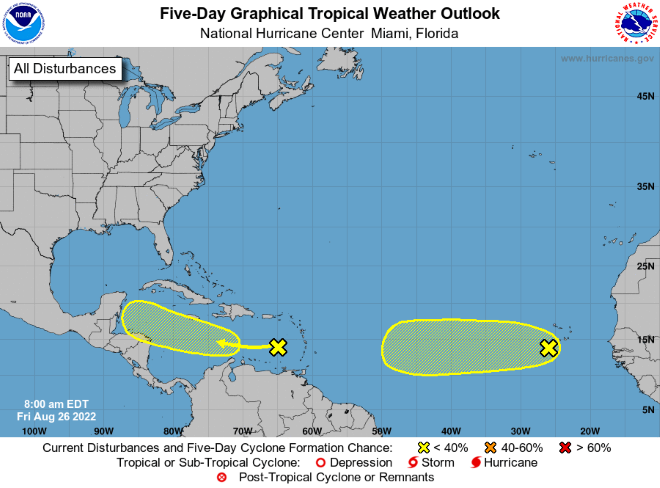