Man Gets 55 Years in Prison for Armed Robbery, Carjacking, & More in Slidell 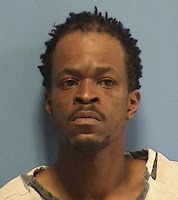 District Attorney Warren Montgomery reports that on Monday (August 1, 2022), Arsenio Aaron Wells, age 32 and of New Orleans, pled guilty as charged prior to his trial for crimes he committed in Slidell in December of 2021 and was adjudicated as a habitual offender.

On Tuesday August 2, 2022, Wells was sentenced by District Judge Scott Gardner to 55 years in prison for armed robbery, 40 years for carjacking and 20 years for possession of a firearm by a convicted felon. The court ordered the sentences to run concurrent with each other for a total of 55 years in prison without the benefit of probation, parole, or suspension of sentence. The Defendant was previously convicted on three counts of attempted armed robbery in New Orleans.

On Thursday, December 23, 2021, Slidell Police responded to a carjacking at a Slidell gas station. Officers received a description of the vehicle, the license plate number and a description of the perpetrator. The victim stated that he was starting to pump gas when he was approached by a black male who asked him for the time and then pointed a gun at him and told him to step away from the car. He complied and the perpetrator, later identified as Wells, got into the driver’s seat and sped away, getting on I-10 heading toward New Orleans. Slidell officers, assisted by Louisiana State Police and the New Orleans Police Department, flooded I-10 in the area of the Twin Spans and into Orleans Parish. Shortly thereafter, Slidell Police Officer Garrett Colgan located Wells operating the victim’s vehicle near the Bullard Ave/I-10 exit. Wells fled from Officer Colgan and led officers on a dangerous, high-speed chase that ended with Wells crashing the stolen car. Wells then fled from officers on foot but was apprehended after a brief search of the area.

This case was prosecuted by Assistant District Attorneys Carolyn Chkautovich and Luke Lancaster.