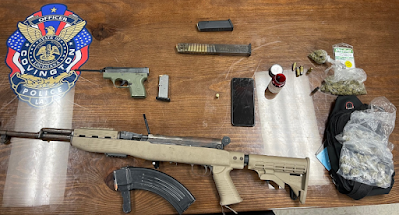 Covington Police Chief Ferrell advises that last Friday (July 29, 2022), CPD officers responded to a disturbance in the 300 block of W. 33rd Ave in reference to two male subjects having an altercation.

It was determined that 21 year-old Quantae Smith of Covington was in possession of a stolen firearm, 64 grams of marijuana, and an SKS semi-automatic long rifle in the presence of the marijuana. Smith was arrested and taken to the St. Tammany Parish Jail.

Chief Ferrell commended the officers for their quick response and for removing two more illegally possessed firearms off of the streets of Covington.